Happy Valentine’s Day, people! (Or ‘Friendship Day’ to those in countries such as Finland!). I wanted to do something a bit different for a Valentine’s post this year, so I asked all of you to share your stories of that moment when you knew you were falling in love (you can still continue sharing over at my Facebook page if you want!). I just love all the stories you told me, so many magical moments! And since this post needed some pictures to go with your stories, I pretty much went to town with kissy pictures (usually I try to avoid posting too many of those in one post), if now isn’t the time for those I don’t know when is!

(N.B. The pictures are, for the most part, NOT related to the stories, they are there just to add a bit of colour and V-day vibe!) 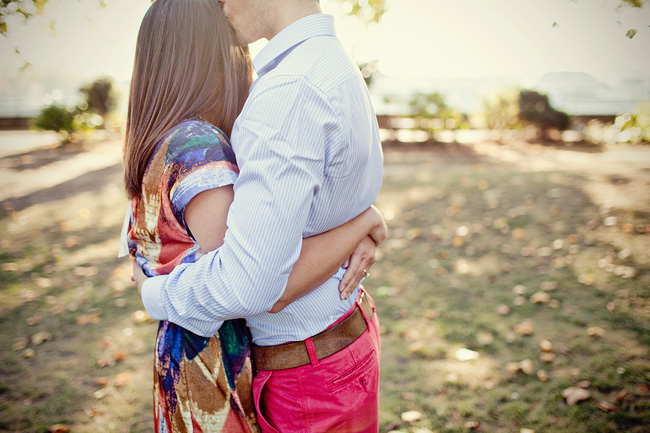 ‘My hubby and I met online dating. We had both been burned by previous long term relationships, and had a few disastrous online dating experiences! We were both about to give it up for a bad show when did the “one last look to see who’s there” moment. I was instantly attracted to his photo as he had the most amazing smile. This was in mid December so we chatted all through Christmas and arranged to meet in early January. I was so insanely nervous before our date (as was he!) but as soon as we had a drink and got chatting we totally hit it off. Our date ended up lasting nearly 12 hours as we moved from bar to bar as they closed, and ended up in the open all hours Italian coffee shop in Soho amongst all the bar workers who had just finished their shifts! It wasn’t love at first sight, but there was something so right and simple about being together. A second date was just presumed so there was no stupid game playing. Our third date was on my birthday, where he met ALL of my friends in one hit (serious brownie points given for this!). It was the first relationship I had ever had that just felt right. I knew I was in love within about a month and he was the same. Not really fireworks in the sky at first sight but almost like it felt so easy, like being home and able to just be yourself.’ 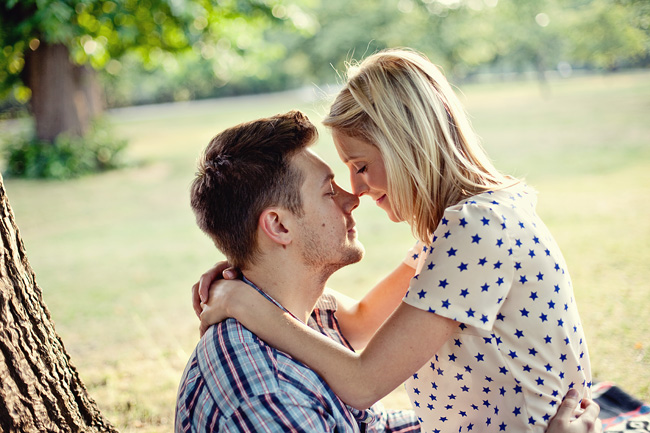 ‘When he wrote “from M” in his Valentine’s card to me instead of “love from” I got so upset as I realised I loved him and thought he didn’t love me back… of course he did but was too scared to put it in writing!’

‘We met at university in halls of residence. Or more precisely over the dining room table. We quickly became friends although she wasn’t interested in anything else. It took me almost a year to wear her down. I call it the “erosion technique” :D We finally got it on whilst travelling in SE Asia. 9 years later we’re getting married.’ 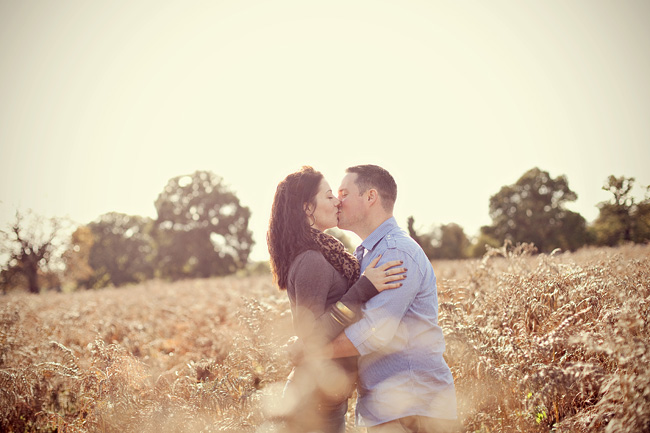 ‘I met my husband at 17, he was my cousin’s best friend and we went to a party when I came to visit him in London from Norfolk. The whole time I felt completely drawn to him and afterwards he told my cousin that he really wanted to see me again. I told my best friend that one day I wanted to marry him, that he was perfect for me. I drew hearts around my diary entry. :) But my cousin didn’t like the idea so every time we came to visit from Norfolk he told him he was away for the weekend, hence we never met again. Then, 8 years later I moved to London and we met up in our local park. We talked so much that we ended up getting locked in! We would meet up at 9/10pm every night and walk and talk around London until 3am, falling asleep at work the next day. We’ve been together ever since, moved in with each other immediately and were married in August after 4 years together. I’m a photographer because of him, he encouraged me to follow my lifelong dream and I love him so much.’ 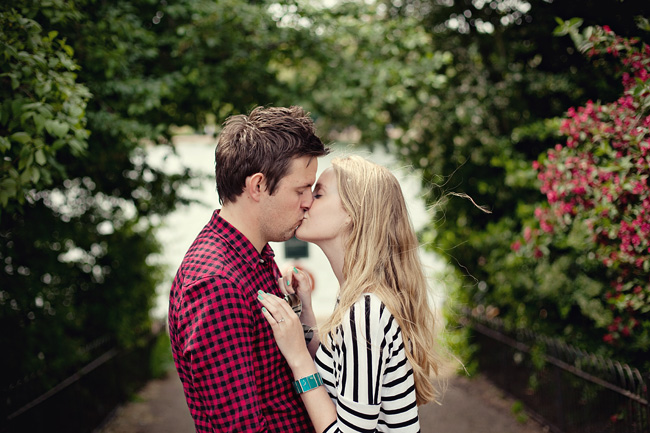 ‘We both worked in the same place whilst I was at university. As soon as I saw him from across the work place (before even saying one word to him!), I instantly wanted to know more about him! Only problem being is I couldn’t talk to him, due to nerves! Ha! It took a long time to eventually pluck up the courage to speak to him (thanks to a friend!). However getting together was anything but ,as we had a few dates, but then I went travelling and he started seeing someone else. A few months after getting back, we bumped into each other again and the rest as they say is history!! It was pretty much love at first sight for me, as I knew I could 100% be myself.’ 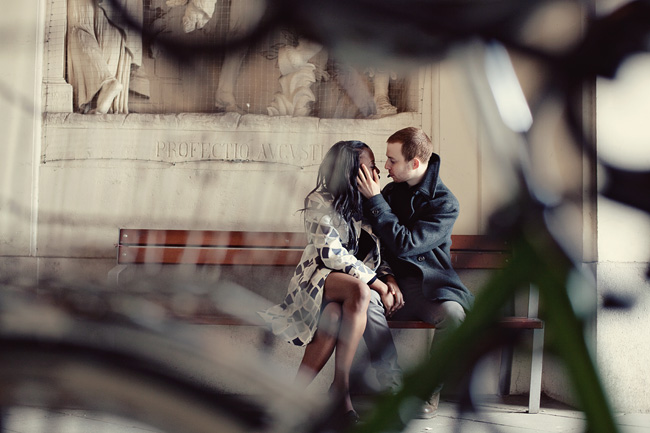 ‘We were introduced on a blind date by a mutual friend – well, in fact, he knew he was on a blind date – my friend deliberately didn’t tell me – as she knew I would have run away!! I was 21 he was 24 and I just knew from the moment we met, I knew, that we where to be together – it felt right from the very first moment we met. (Bites knuckles) I think it was love at first sight! (There, I said it! ).’ 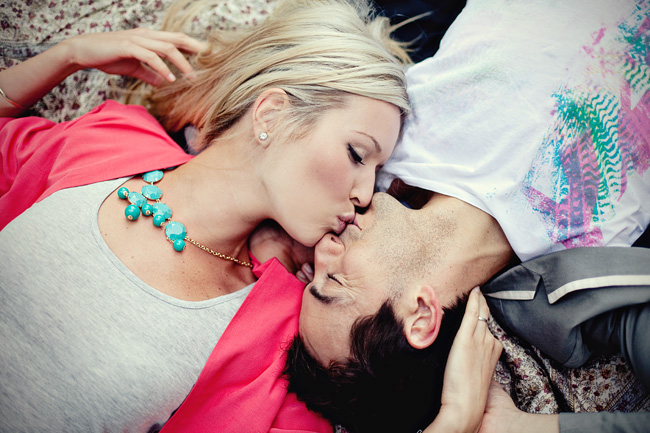 ‘When I lay awake the night I’d met him & been on a date…I realised I had fallen for him- already!!!’

‘I went in to buy a roll of canvas – & came out with a husband. Ahhh, I knew he was the one within days of knowing him, whenever we are apart it hurts. We celebrate 15 years of marriage this month and he is my absolute “all” – and can’t do life without him.’ 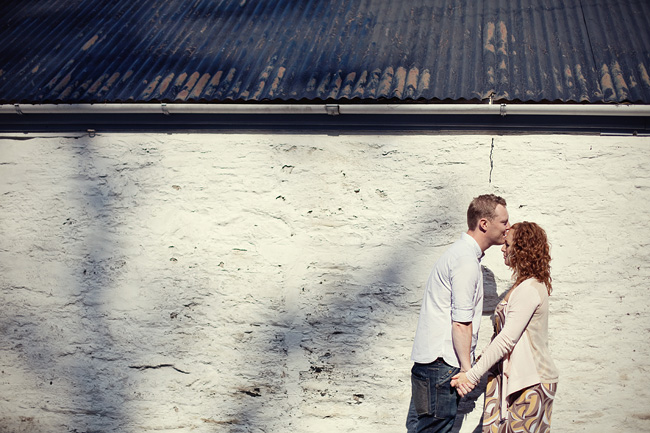 ‘We met in an online chat room.. I remember the day we met for real the first time. He flew to me. We were sitting in the back of a car. He turned his head towards me and looked at me. And I looked at him. And I was looking and looking and looking. And it was sooo easy to do that, look right into his eyes without feeling any awkwardness or needing to look away. That moment I knew he was the special one… I still cannot believe that such a random online contact grew into what we have now: him, me and our little pumpkin. (And I still love to stare at him sometimes).’ 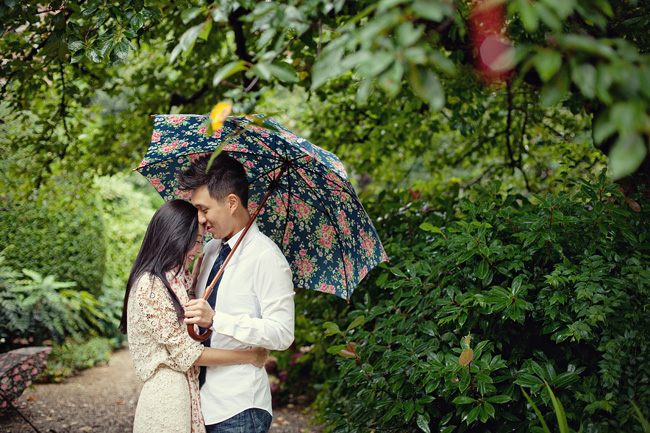 ‘Me and my lovely hubby “just knew” it, probably happened before we even met as we emailed a few times before our date. He had this lovely, funny tone that shone through in his emails. We even talked of marriage and babies on our first date and his face lit up like a candle when I said I wanted both! We met on Guardian Soulmates and cheesy as it sounds he is my soul mate, we are like two peas in a pod.’ 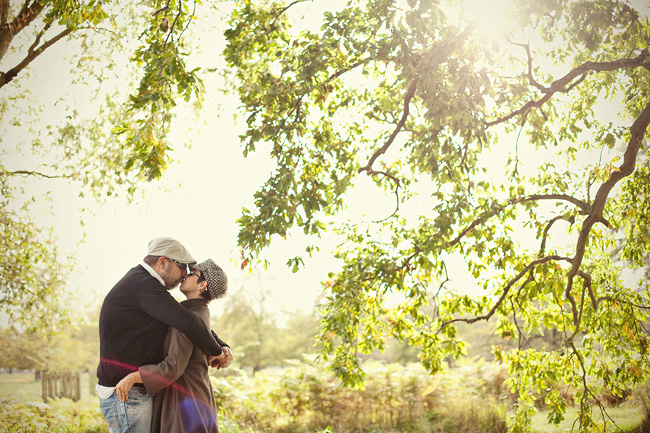 ‘I’m pretty sure it was an immediate thing for me. Nearly 20 years ago as a school girl, a cool (and very good-looking) guy in his denim turn-ups and Morrissey quiff walked up to me at a Suede concert and told me he was an extra for the music video they were filming. That was it. I was smitten. He’d spotted me before that day apparently and after going back to the pub I went to every week until he saw me again, I was pretty convinced he was into me too!’ 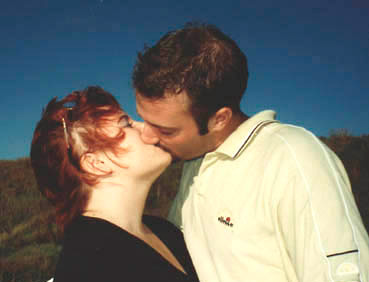 I figured since I was asking people to let us peek into their most precious memories, it was only fair that I would share as well. So here’s the story of when I knew I was in love:

‘I met my husband in an online chatroom (back in the 90’s!) and while we were friends chatting with a big group of people, I did feel there was something special about the way he managed to make me laugh, like properly in stitches laugh, from across the ocean. The first time I knew it was proper – what I’d previously thought only appears in movies – kind of love, was when I was waving him off at the airport after his first visit to see me. I was so surprised to find myself feeling actual physical pain, like my heart was being ripped out of my chest, when he disappeared into the crowd. I never really believed that sort of thing actually existed and I’ll never forget that moment for as long as I live.’

I hope you’ll all have a lovely Valentine’s, whether you spend it with your significant other or a friend. And although the motivations and meanings behind the day can be debated, I think if there’s any value in it, it’s in the fact that it gives us an excuse to think about those special moments, and people, in our lives. x

Welcome to my blog! I hope you'll enjoy your stay and find what you're looking for! A Diary of Lovely

Before The Big Day

The Bride Next Door

Find me also on